A Micro Mag N less than a WeeK 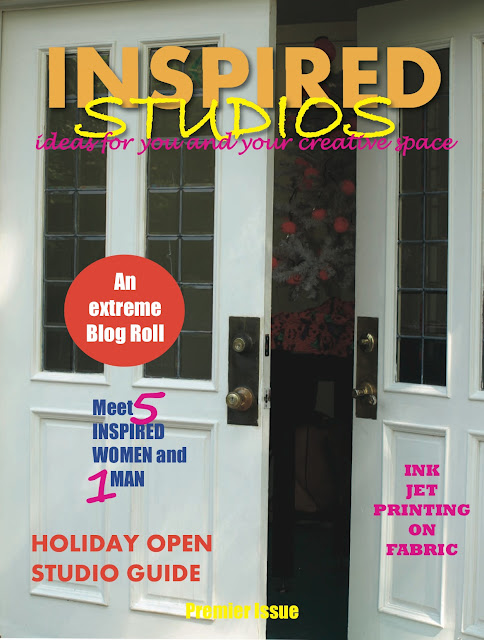 
Inspired Studios Magazine is here! Inspirations come and Inspirations go, then inspirations linger in our spirit, untouchable, by the outside world and we press on. Others call us crazy, but we press on. We ourselves, understand it not ... but we press on. Inspired Studios Magazine; shares stories of pressing on in our visions, that none can see.
I have a theory, about GOD, abundance and the gift of inspiration, it goes something like this ... GOD passes out inspiration, like Santa throwing candy at a Christmas Parade. Some children run, and grab the sweet stuff, eat it, before a parent can say no. Some, stand on the sidewalk wishing, they had the courage to step off the curb and grab it. And, then, there are the children, who quietly grab, themselves some candy, slip it, into their pockets, planning to unwrap it later, when they can  enjoy it's sweetness, it's flavor and it's bite.
A Facebook post  this past Spring, led me to Seth Godin's post about the future of media and my past experience, as a newspaper copy editor, page designer, ad designer and production manager, inspired me to dig deeper. I'm a numbers person as well and as I began to dig, I discovered, little information, if any on this new media. Seth of course is a leader and a trend setter, so did I really expect to find data?
I have always, loved my birthday! My birthday is in February. As a single Mother, I give my children, Christmas completely, no gifts for me! For my forty-six birthday, I converted our electrified shed into my studio. I gave myself permission to work and create in this little inspired space. The space didn't even have a window, but it was mine, for the cost of a few gallons of paint and the shuffling around of some furniture, it was mine. The photo on the cover of Inspired Studios Magazine is of the doors to my studio, the doors with windows, that came later, much later.
I publicized and I procrastinated on the production of this micro magazine to the point of NO return. Until one day I realized, it just had to be done. But I wondered and I wondered, how I would ever, get it done, and then I discovered, the inspiration to produce it in Derek Powazek, cause he produced one in less than 48 hours!